Creation is a Solitary Pursuit, Love is What Brings You Closer to Art. 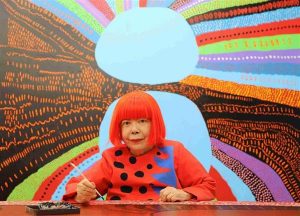 Started to paint using polka dots and nets as motifs at around age ten ,and created fantastic paintings in watercolors, pastels and oils.Went to the United States in 1957. Showed large paintings, soft sculptures, and environmental sculptures using mirrors and electric lights. In the latter 1960s, staged many happenings such as body painting festivals, fashion shows and anti-war demonstrations. Launched media-related activities such as film production and newspaper publication. In 1968, the film “Kusama’s Self-Obliteration”which Kusama produced and starred in won a prize at the Fourth International Experimental Film Competition in Belgium and the Second Maryland Film Festival and the second prize at the Ann Arbor Film Festival. Held exhibitions and staged happenings also in various countries in Europe.

YAYOI KUSAMA MUSEUM to open on OCTOBER 1st, 2017. It will hold an open exhibition as well as will be able to see hers history. 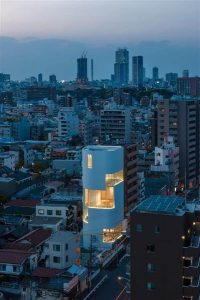 For your safety and enjoyment, we ask you to buy timed tickets in advance for a 90 minute time slot.
Tickets go on sale from August 28 (Mon) on this website.
http://www.yayoikusamamuseum.jp/