The Hayachine Take Kagura as an intangible cultural heritage (UNESCO) of Japan will collaborate with Indonesian Traditional Barong Dance.

The Hayachine Take Kagura (hereinafter Take Kagura) will come to Indonesia to make performance stage in Indonesia. First stage is in Bali, and making workshop and the performance show. 2nd stage is in Yogyakarta, They will perform as part of program of Japan week 2015 in Yogyakarta. The Hayachine Take Kagura (hereinafter Take Kagura) is a series of masked dances accompanied by drum, cymbals and flute: six ritual dances begin the performance; five dances recount stories of the deities and medieval Japanese history, and a final dance features a performer dressed as a shishi, an imaginary lion-like creature representing the Hayachine deity himself.In the 14th and 15th centuries, in the northern part of Japan’s Honshu Island, the inhabitants of the Iwate prefecture venerated Mount Hyachine, which they considered a divinity. From this cult, a performance tradition has been passed on from generation to generation, the Take Kagura, which since 2009 has been listed by UNESCO as an intangible cultural heritage. (source: UNESCO).Take Kagura is invited to perform all over Japan. They are actively involved in performing in the Sanriku region which has suffered enormous damage in the tsunami, or in the events to support the reconstruction from 2011 earthquake.

They also perform abroad: Since 1990, they have managed to attract a large audience in Canada, two times in France, USA, Russia, Korea and India.Take Kagura, one of the most representative and popular folk performing arts in Japan, is now going to perform in Indonesia wihch is a treasure house of traditional and divers folk performing arts.

Every year on December 17, Take Kagura performances are dedicated as year end event of Hayachine shrine in Take village at the foot of Mount Hayachine.(video from “Asahi Products Intangible Cultural Assets Library”)

This is valuable opportunity to see this performance directly on your eyes. 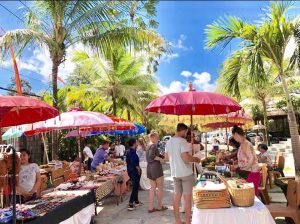 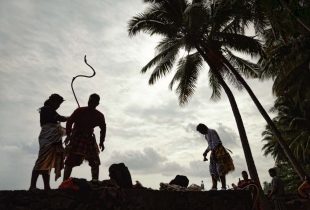